Drops of blood dripping down her hand , as she cut it wide open.Struggling to stop it while she grabs the white sheets holding me still tightly in her grip.She cannot just let me go.

The white sheet is now soaked in blood.Opens up the kitchen tap with her left hand groping the sheet by her chin as she avoids tasting her own blood and tries to pour cold water in her cut as her hands keep shivering giving her the chills and letting her know she is going down sore.

Sorry to cut her up ...sorry to mess her up.

But what can I do now?

It's all going to be over before her as her arms were giving up..

She was scared to look at her naked wound but it was very much the hand which gripped her back as the red color was creeping all over her sheet with the gushing blood from her split which kept oozing for the worse.

Her face was turning pale smeared with patches of dried up tears.Looks like the bloody sheet is failing to hide the outrage any further.She gives out a long groan and sits down all alone with a soggy look peeping from her face.

I could hear the running water still gushing from the tap but I cannot stop staring at her eyes they look as still as a glass figurine.

I keep looking around for help though I am immensely sitting there wide awake as this absurd moment is failing to pass by.

Were the words she had shouted last night while sleeping as I saw her eyes get all muffled and puffy when she woke up this morning.

It felt as if she cried all night as her silence was in control.

When you often outdo crying it suddenly feels the world around you has grown quieter than usual.

She lost her father fighting a war.Her mother is out there somewhere helping a baby in despair while her brother has more to spare.

I heard she was in love once upon a time but now she loathes the very mention of it.

Ahhhhhh !!!!..there she screamed out loudly this time making my soul echo her itching pain pining for no more.

This ain't her..This is the pain calling out to her helplessly.

The pain is intriguing, I could feel the piercing air though she had let go of me.

Back in the days when we had  met her face was a charm with those pair of eyes which wasn't just ready to quit looking.They had the power of making someone just fall for it so I decided not to keep staring at them any longer.

Later she picked me up and took me home just like that.

Just like that I was very much a part of her and still she seemed so far away at times like the waves that splash through the rocks but never blend in.

There was a pool of blood as she had sat on it with the sheet just spreading across the hallway.She was fainting and failing to recognize life in this broad daylight.

How should I help ? Whom should I reach out to?

But I was the one who cut her in two. 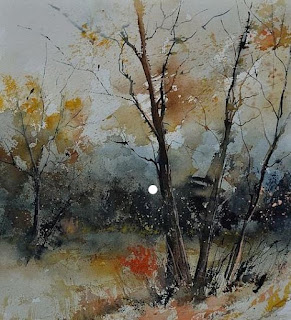 She woke up in the hospital , I was asked not to. She lost a lot of blood and her hand was stitched and fed.

She was back home.For over a week she was taken care until she was back in the kitchen looking out for me.

I said "That was unfair you never did utter a word against me.."

"That was not you at all , my hands fell on you and there's no way there's a need to tell on you..when you are the only one who made sure I wasn't cut within."

Not sure what I did ...but her thoughts seemed splendid.